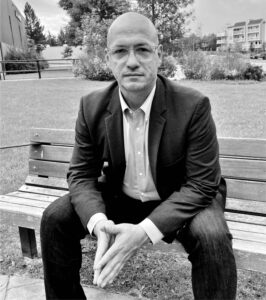 Chad Haggerty is an Indigenous Student-at-Law with Craig Hooker Shiskin. He is completing his articles with John Hooker serving as his Principal.

Before attending law school, Chad had a career in the RCMP. It was during this time that Chad grew to respect the defence lawyers he encountered. It was during this time that Chad also began to understand that many of those charged with offences were dealing with the trauma they had suffered in their lives. He chose to leave policing and attend law school so that he could use his experience to help his clients.

Chad left the RCMP in 2011. He returned to school and obtained an undergraduate degree with honours in Criminal Justice from Mount Royal University in 2015 and his Juris Doctor from the University of Calgary Faculty of Law in 2019.